Copyrights and Fair Use Act 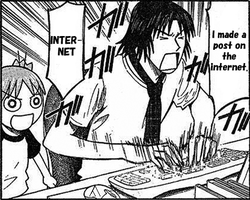 There seems to be a lot of confusion lately, regarding what can and cannot be legally posted into blogs, websites, etc.


There has also been *a lot* of illegal activity in regards to falsifying copyright claim reports. I would like to take a moment to go over and clarify what exactly "fair use/usage" is, and when/where it applies.
What is Fair Use

Copyright, which is affixed to a work the second it is placed in a “tangible medium of expression“, gives the copyright holder, usually the creator, certain exclusive rights to the work.

For example, only the copyright holder of a work has the right to make copies of the work, prepare deriviative works based upon it or perform/display the work in public.

The doctrine of fair use is designed to place a limitation on those absolute rights and weigh them against the needs of society. Fair use, in short, allows copying of copyrighted materials in certain, limited, situations.

However, determining when a situation may be considered fair use is a tricky matter. There are no hard and fast rules for what is and is not fair use, just a set of guidelines that have to be applied on a case-by-case basis.

The first factor, which is the one that the Supreme Court has said carries the most weight, deals with whether or not the use is “transformative”. In short, transformative use is a use that creates something new, rather than simply creating something intended to substitute for the original. An example of this would be copying quotes from a novel for a book review or creating a parody of a work.

The second factor deals mostly with whether or not the work is published or unpublished. If the work is unpublished, the scope of fair use is much more narrow than with a published one since copyright law holds that authors have the right to control the first appearance of their work.

The third factor simply states that the less one copies, the more likely the use is to be found fair. However, even small uses can be found to be infringing if the portion copied is considered the “heart” or the most memorable part of the work. On the other hand, in some cases, using the entirety of the work is acceptable if it is necessary for the intended use.

The fourth and final factor deals with the potential harm the use does to the market for the original work. It’s important to note that, even if a use does not directly compete with the original work but exploits a potential market for it, then this factor can still weigh against the person doing the copying. The fourth factor, much like the first, is generally given more weight in court decisions.

To all of this gets added a subjective “fifth” factor that basically asks if the use is ethical and moral. Since judges and juries have a large amount of leeway in determining what is and is not fair use, they can easily justify finding a use to be infringing if they are morally outraged by the actions of the copier. Similarly, a person who is altruistically using a work in a way likely to be found infringing might have their use determined to be fair.

The “fifth” factor is just an example of exactly how fluid and subjective fair use really is. Two judges can look at the same set of facts and rule in completely opposite manners. Case history is filled with such examples.
(click for->Source)